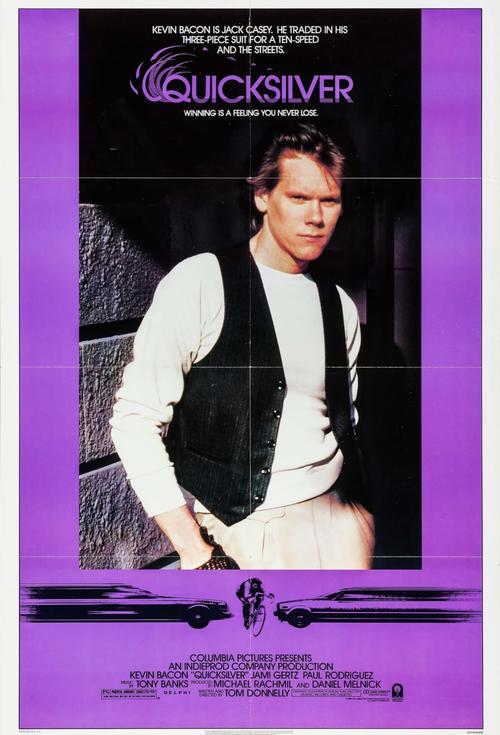 Join the Phoenix Downtempo bike group (meet at Civic Space Park at 7:15pm) for a short ride to FilmBar to watch the classic Kevin Bacon bike film: Quicksilver. A portion of the proceeds to benefit The Rusty Spoke.

This event is part of Valley Bike Month!

QUICKSILVER tells the tale of a young stock trader, who, after a bad day on the market, during which he manages to lose a fortune for his company as well as his parents’ savings, abandons Yuppiedom, and takes a job as a bicycle courier. He uncovers a sinister web of murder and intrigue in this exhilarating urban mystery.